ICC : chronicle of a disaster

Minutes of the first week of hearing broadcast live on the ICC website [i]. 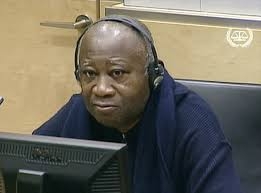 The first week of the trial of Laurent Gbagbo and his short lived Minister of Youth, Charles Ble Goude, at the International Criminal Court (ICC) overly demonstrated the amateurism of the Court. As the procedure on Ivory Coast has been on the table for five years, the institution had time to prepare. Yet the Prosecutor, Fatou Bensouda, her senior prosecutor, Eric MacDonald and the representative of the victims, Paolina Massidda, demonstrated their ignorance of Ivory Coast. For a long time, criticism of the ICC focused on its legitimacy, on the fact that it was only prosecuting Africans and that it was an instrument of international policy for the West, as are diplomacy, sanctions or embargoes. After this week's hearing a threshold has been crossed. The central issue is now clearly the ability of this court to deliver justice. If this trial comes to an end, which is far from certain, there will only be losers : the international justice, the accused and their defense, finally and above all, the Ivorian victims. No truth can come out of this Court.

A long series of shortcomings

The trial's first two days were exclusively devoted to the prosecution team and the representative of the victims. They continuously mispronounced people's and place's names, and they summarized Ivory Coast's history in a Wikipedia page's style. Must be added to this multiple technical failures, ranging from audio and video outage as well as recurrent translation problems etc (II). The problems persisted the following days. Furthermore, the prosecution and defense teams spent a long time adjusting calendar and scheduling issues, discussing procedures such as how to hear the 138 witnesses who will testify before the Court. The main highlight of the show occurred in the last hour of the last day of this first week, when the Court made a monumental blunder. As the court sat in a closed session to discuss difficulties in guaranteeing the anonymity of the witnesses and therefore their safety, a microphone had inadvertently remained on. Eric MacDonald, despite himself, revealed the names of five “anonymous” witnesses presented by the prosecution !

Since its creation in 2002, the International Criminal Court (ICC) has only completed one case(III), and it has spent over a billion euros. The first trial of a former Head of State represents the opportunity to improve its image for an institution already criticized from all sides. But after this first week, restoring its image has been heavily jeopardized, from a form as well as a content perspective.

In an excellent article, the historian John Laughland points out how the ICC "has always been eager to run after its financial donors' foreign policy". Its major donors are Germany, Japan, Canada and France. It is therefore not surprising that the Court is using the "official version" of the events which occurred in 2010 and 2011. Fatou Bensouda rewrites this story in the manner of Choi Young-jin, the Special Representative of the United Nations Secretary-General for Côte d'Ivoire. Her accusation is based on false assumptions, such as a death toll estimated at 3,000 victims (IV), and disregards many events, in particular the creation in January 2011 of a military operation called "Restore peace and democracy" by the United Nations, France and the Africom.

In addition, the ICC's investigation as well as working methods do not allow for thorough investigations. It merely collates NGO's reports, documents transmitted by Alassane Ouattara's Government, it collects photos and videos here and there. At this stage, the long speeches made by Fatou Bensouda and Eric MacDonald consisted only of showing power point presentations, photos, unclear footage, most of them already posted on YouTube, as well as excerpts of statements made by the accused. The court has not reported having made autopsies of the victims' bodies. Only a single ballistic report has been completed and was made public in June 2014 during the confirmation of charges hearing. Oddly enough, the prosecution did not refer to it during this first week of hearing; not to mention that this report had been contested at the time it was released.

Yet the charges against Laurent Gbagbo and his co-accused [VI] are serious.  They are accused of crimes against humanity and are charged in connection to four specific events:

- Repressing the 16 December 2010 demonstration to take over the Ivorian Radio Television building (RTI), called for by Guillaume Soro and Alassane Ouattara;

- The murder of seven women during a demonstration on March 3, 2011 in Abobo;

So far, the ICC has not delivered any proof suggesting that it has solid evidence on any of these charges. Quite the opposite; the information the Court delivers is sometimes surprising for those who are privy to the case. And the documents, photos or videos it relies on are vague and impressionistic. Especially regarding the women's march in Abobo and the shelling of that town, two important events, as they led the United Nations Security Council to vote its resolution 1975. The IVERIS will focus in depth on these two charges when the court hearings deal with them.

To back up the charges, there are indeed the witnesses. The revelation by Eric MacDonald of the identities of five people called to testify by the prosecution has had the effect of a bomb in Ivory Coast. Because they are influential personalities who were all close to Laurent Gbagbo at the time of the events. They include General Philippe Mangou, Laurent Gbagbo's Chief of Staff during the crisis and the war, and General Tiapé Kassaraté, senior commander of the gendarmerie, also working for the former Ivorian President. Although both Generals  directed all the operations until 11 April 2011, including in Abobo, not only were they not bothered by Alassane Ouattara when the war came to an end, to the contrary: Philippe Mangou and Tiapé Kassaraté were appointed Ambassadors in May 2012, in Gabon for the first, in Senegal for the second. Consequently, how can the two of them be considered impartial witnesses when they should logically stand in the box of the accused?  How can their testimony be given any credibility?

A defense marked by connivance

Faced with such witnesses and such an accusation, you might think it would be a walkover for Laurent Gbagbo's defense. It is not the case. For strange and unfathomable reasons, the former Ivorian President chose Mr. Emmanuel Altit. This lawyer defended the Bulgarian nurses and the soldier Gilad Shalit and he is a strong supporter of the ICC; so he has not chosen a rupture defense strategy.  On the hearing's third day, he spoke in a monotone and dispassionate manner, pleading in a language in line with that of his peers in The Hague. To satisfy Gbagbo's supporters, he denounced the French intervention. However, he did not mention Nicolas Sarkozy, or the role of the United Nations, and neither the very active role of Philipp Carter III, the US ambassador to Ivory Coast at the time. Even though he stands before the International Justice, he recollects neither the violations of international law nor the way France and the United Nations overstepped resolution 1975. He could have just recalled Alain Juppé's statement to the French National Assembly on April 6, 2011: "the French forces are not involved in the military operation because it takes place outside the legal framework of the UN resolution"!  Emmanuel Altit quickly hands the floor to his assistant, the young Jennifer Naouri, who, likewise, gives a long and very conscientious power point presentation, presents snapshots and excerpts from books or statements ...

Laurent Gbagbo claimed bankruptcy. Therefore Emmanuel Altit and his team, consisting of a single African, are paid by the ICC and also receive an annual budget for investigation costs.  But his very presentation proves that the former Ivorian President's lawyer has conducted no investigation either. Very much like the prosecution, the defense sometimes gives inaccurate or even false information [VII]. The defense leaves you with an uneasy feeling, that of a confined environment of international officials where both parties operate in mirror.  Only the intervention of Charles Ble Goude and his defense, composed mainly of Africans, allowed Ivory Coast to enter the courtroom.

The ICC starts taking on water... Since the detention of Laurent Gbagbo in The Hague, Fatou Bensouda has always ensured that she would not prosecute only one of the parties, that she was still continuing investigating Ouattara's side. This argument has no credibility at this point. She did not need to investigate during five years before she requested Laurent Gbabgo's extradition in November 2011 and Charles Ble Goude's, in March 2014 to The Hague.  Why  are Alassane Ouattara, Guillaume Soro and his warlords still not being under scrutiny? The crimes they committed in the West of Ivory Coast, notably in Duékoué, are well documented. There are NGO's reports, photographs, videos, and witnesses willing to testify ... How do the victims watching this trial feel if they are not on the winners' side? What is their perception of this international justice?

According to various judicial sources, the trial is expected to last three to five years. Can one imagine the Ivorians bearing the sight of that show for so long? During his meeting with François Hollande last February 4, Alassane Ouattara took advantage of the African Union's resolution for the withdrawal from the ICC of African countries to declare that he would not send "any Ivorian to the ICC".  However, until now, he had always asserted that he would be cooperating with the international justice.

If the Prosecutor, despite all her declarations of good intentions, cannot judge those responsible for the crimes done by Ouattara's camp and therefore acknowledge the suffering of the victims of each side, this masquerade must stop immediately. If the prosecutor does not have the means to conduct a trial guaranteeing that justice is being rendered, then this judicial farce must stop...

[I] The hearings are being broadcasted with a 30 minute time lag to avoid incidents such as the inadvertent disclosure of a witness's name!

[II] Even though the Court has just moved to new premises which cost over 200 million euros, and that it has a weekly budget of 2.5 million euros

[III] It concerned Thomas Lubanga, from the Democratic Republic of Congo, who was arrested in March 2006 and sentenced to 14 years in prison in July 2012.

[IV] The figure of 3,000 deaths is an official figure, the Ivorian Commission Truth, Dialogue and Reconciliation reported 16,000 deaths, but this still seems underestimated. In her book Abobo La Guerre, the author of this article quotes an Ivorian military who speaks of 20,000 deaths.

[VI] Charles Blé Goudé has an additional burden on an attack in the Yopougon between 25 and 28 February 2011.

[VII] In particular when it comes to the women's march in Abobo and the shells launched on Abobo's market.