The last terrorist attacks in Brussels have finally defined ISIS communication procedures. The mechanism was first applied after the series of terrorist plots against the Russian plane in Sinai and the Paris attacks on November 13, 2015. 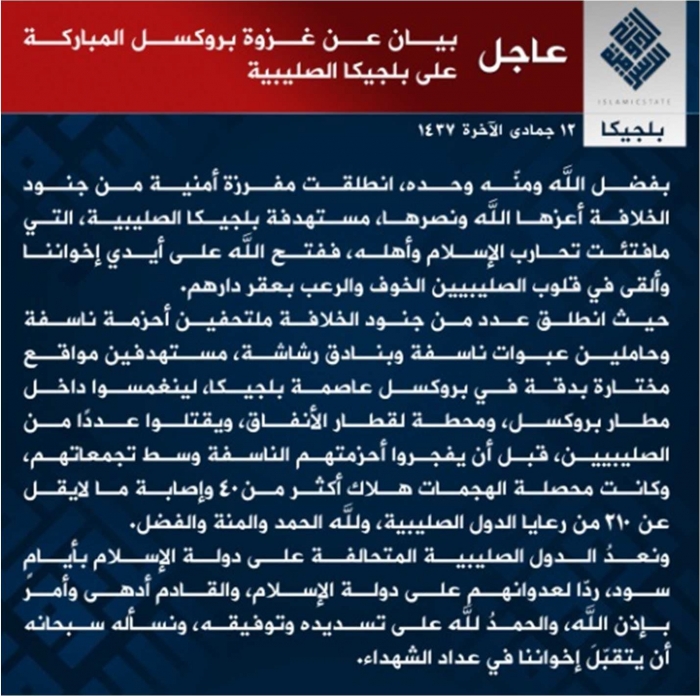 3.       The official statements are derivated and followed by multiple propaganda materials such as video films, online journals and messages posted in social medias. They are usually released by ISIS militants who demonstrate their personal attitude to attacks and jihadist activities.

ISIS communication methodology relies on official manifestos that refer to particular logotypes and style. The official statements also become a sign or inspiration for other militants who start their own Internet campaign, which includes video films, online journals and messages in social medias.

Moreover, logistic details of terrorist plots as well first information regarding responsibilities for the attack are usually exchanged by encrypted messengers such as Telegram or WhatsApp.