Political Islam is not monolithic

Jihadist groups like al-Qaida or the Islamic state (EI) refer to the Quran, the hadiths (words and deeds attributed to the Prophet Muhammad), sharia and Islamic tradition in order to justify terrorist attacks, executions of hostages and brutal fights in Syria and Iraq. In recent times, public opinions in the West have considered Islam as a religion of violence, persecution and intolerance. The latest attacks against migrants and mosques show the increase of populism, of stereotypes and Islamophobia. In this regards, it is important to identify and clarify the meaning of Islam in politics and its role in activities of organizations such as ISIS or al-Qaida. Exploitation of Islam by different groups rely on three main factors. 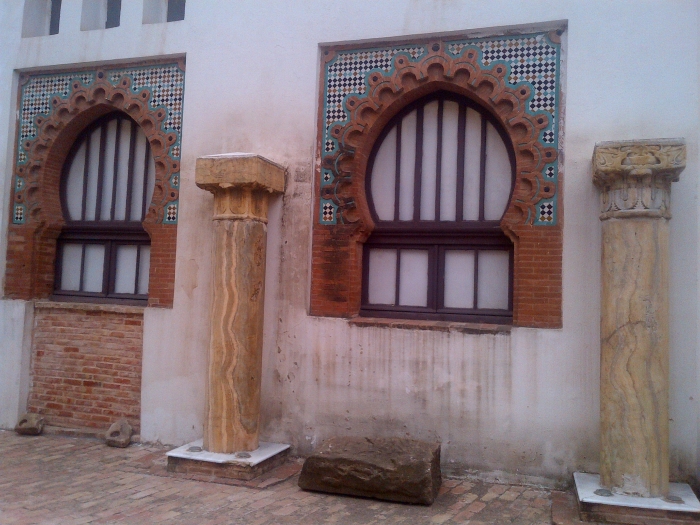 First, the Muslim tradition does not recognize the separation between the state and the religion. Islamic laws (sharia) are applied differently in constitutions of Arab-Muslim countries in the Middle East, Africa or Asia. For example, most Muslim countries rely their family laws on sharia but their penal codes usually refer to Western laws. Some countries, like Saudi Arabia implement strict sharia regulations in all fields of the state. Besides, countries like Tunisia try to liberalize its laws and to give more freedom for women and minorities.

Moreover, Islam has not established a common and higher institution that could manage religious activities of all Muslims in the world. The departments of religious affairs responsible mosques, imams and preaching are very often marginalized, bureaucratized and they become a spokesman of secular governments.

The third factor concerns different interpretations of the Quran, the hadiths and the history and traditions of Muslim countries. The exegesis is included in more than a dozen of explanations and commentaries called Tafsir such as Tafrsir Tabari, al-Qurtubi and Ibn al-Kathir.

The following example shows the specificity of the interpretation of Quranic verses. Radical organizations usually apply the verse 60 of the chapter (Surah) Al-Anfal (The Spoils): "Prepare to fight against them, all the forces and the cavalry you can mobilize, to frighten the enemy of God and yours''. The argument tries to establish and approve the fight against enemies and authorize military activities and terrorism. However, extremist organizations ignore the verse 61 of the same surah: "If they incline to peace, do the same and forgive thee out to God because He is the Hearing, the Knowing''. The second fragment oppose the first example and it includes the message of peace and reconciliation. Most of the Tafsirs do not consider the verses as encouragement of violence and terrorism but some rare interpretations point out that it is impossible to leave the battle because Western countries follow their hostility against Islam.

The problem of exegesis of Islam also concerns the sense of Jihad, which means spiritual efforts and social or moral support for the community. Moreover, the opposed meanings reflect military or guerilla responses to attacks and persecutions. Besides, the assessment of persecutions is always difficult because it is attributed to the military invasion in a Muslim country, authoritarian policies of local governments and sometimes to economic and cultural pressures of the West.

It should be also pointed out that after the death of the Prophet Muhammad in 632 every religious faction tried to strengthen its position and present his own vision of faith and Islamic values ​​in the society and the state. Theological debates have influenced establishment of various branches such as Shiism, Sufism and Sunnism, including radical sects like kharijisme, which opposed the rival factions of the Caliph Mu'awiya ibn Sufyan (the founder of the Umayyad caliphate) and Imam Ali Ibn Abu Talib (the spiritual leader of Shiism).

Different exegesis of Islam was also evident after the colonial period in the 20th century when political groups and charismatic leaders benefited from new political atmosphere after the independence in the Middle East and north Africa. Once again Islam played an important role in ideological and political references. The concept of the state focused on return to the first centuries of Islam and implementation strict sharia regulations or it reflected adaptation of religion to modernity and liberalism.

For example, the Syrian philosopher Mustafa al-Siba'i (died in 1964) compared Islam to the socialism and highlighted the idea of ​​equality and social support that was, in his opinion, similar to social principles proclaimed by the Prophet Muhammad. Moreover, the intellectual Mohammad Shahrour (born in 1938), proposed reinterpretation of Islam and combination of Muslim values ​​with modern and liberal ideas. Besides, the Egyptian intellectual Sayyid al-Qeman, (born in 1947) criticized fundamentalism and encouraged the idea of separation between the religion and the state. Similar views were presented by the Iraqi philosopher Ahmad al-Qubbangi (born in 1958), who criticized the literal interpretation of Islam and Islamic laws, which blocked the development of societies, democracy and civil rights.

Opposite views were presented by theologians, representatives of conservative branches and charismatic leaders like Ibn Taymiyya (died 1328), Abd al-Wahhab (died 1792) and Sayyid Qutb (died 1966) or Hassan al-Banna (died 1949) the founder of the Muslim Brotherhood. They pointed out that states and societies should be based on strict Islamic laws and principles of the early centuries of Islam. They also rejected Western models and foreign cultural or economic influences called Jahiliyya (the time before Islam).

However, Islamist activists proposed various ways to implement the objectives. For example, political parties affiliated with the Muslim Brotherhood accepted electoral campaigns, public debates and election results. The Freedom and Justice Party in Egypt, the Party of Justice and Development in Turkey and the Movement of Society for Peace in Algeria or the Party of Justice and Development in Morocco are good examples in this context.

Salafist groups, in turn, insist on peaceful work in the heart of society and charity actions or preaching activities in mosques and religious centers.

However, guerrilla warfare and terrorism have become the most radical form of political activity for Islamists. The concept relies on the theological idea of ​​takfir wa hijra (excommunication and emigration). It concerns the refusal of society and state, as well as authorization of violence against opponents. The idea is close to current jihadist groups such as al-Qaeda and ISIS.

Analyses show that political Islam is not monolithic and that it contains several theological and ideological references that oppose each other. It is also more and more difficult to combat extremist ideas like jihadism, which takes advantage of the diversity of Islam and the lack of credible control institutions, as well as the manipulation of Muslim values ​​by certain political groups and their charismatic leaders.