The Ivorian crisis, by Choi Young-jin

Before analyzing the content of Choi Young-jin's book on the Ivorian crisis, let us first tell its strange story. Choi Young-jin is from South Korea and was appointed UN Special Representative in Côte d'Ivoire (UNOCI) in October 2007 by his compatriot Ban Ki-Moon. He remained in office until August 2011. He therefore led the UNOCI when the Ivorian crisis broke out in November 2010 until the end of the war in April 2011. He was a major player and witness to the important events that occurred during this period. In early 2012, the website of the major French book retailer FNAC advertised the release by the publisher “Nouveau Monde” (New World) of the UN special representative's book entitled "Au Coeur de la crise ivoirienne" (At the heart of the Ivorian crisis). In February 2012, Choi Young-jin was appointed South Korean Ambassador to Washington. No news on his book. Three years later, in September 2015, the Lettre du Continent reported that the book would be published by Michel Lafon and available in October 2015. However, Ivorian newspapers have been commenting on the book since August. Printed and published in Paris, it was already available in the Ivorian capital where 15000 copies were successfully sold. But it is nowhere to be found in Paris, although all those who had closely followed the Ivorian crisis - journalists, diplomats, historians - were eager to read Choi Young-Jin. The IVERIS looks for the book, and then, the plot thickens... 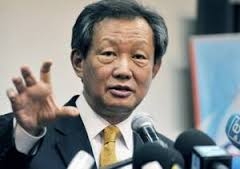 One surprise after another...

Neither the book nor the author appear on the publisher Michel Lafon's website. The Institute therefore gets a copy from Abidjan. The Special Representative of Ban Ki-Moon's book is published under the direction of Patrick Ulanowska, in a collection called "Grand Enjeux” (Major issues). Contacted by l'IVERIS, Michel Lafon declares not having a collection called "Grands Enjeux" and does not know either the director of this ghost collection. Nevertheless, they will investigate the issue to answer our questions: why is this book not available in France? Why has it been published in a collection that does not exist in Michel Lafon's catalog? And why was the book published under the direction of Patrick Ulanowska? Despite repeatedly calling back, the IVERIS has not received any answer to these three questions. The mystery remains...

Who is Patrick Ulanowska? He is a businessman and author of two books. He is also friends with Thomas Fabius and is at the root of a strange story, which got the French Foreign Minister's son into his first legal troubles. Links between Fabius and Ouattara families are notorious. Also, Patrick Ulanowska received in 1992 the current Ivorian President's help, then Prime Minister, to create a newspaper entitled Investing Africa, which in the end never came out.

Last of all, to complete the incongruity of this story, a small separate sheet entitled "Erratum" is inserted within the book, and signed by the Well'Comm agency, a marketing and strategy firm whose headquarters are in Dakar. This text warns readers that there are two errors in the text. (I)

In this strange case, only two things are clear: this book, incriminating Laurent Gbagbo and gracious to Alassane Ouattara, was released in Abidjan on a perfect timing, two months before the Ivorian presidential election of October 2015 and less than three months before Laurent Gbagbo's trial at the ICC, first scheduled for November 10, 2015 then postponed to January 28, 2016.

The back cover perfectly reflects the book's content. The author reproduces his dialog with the UN Secretary General when he was appointed head of UNOCI. "I showed my determination. I will not disappoint you, I promised him. Very economical with his words, Ban-Ki Moon pondered before answering. "Yes, he told me, failure is excluded." When UN Secretary General says this sentence in 2007, almost all UN peacekeeping missions have failed, in Rwanda of course, but also in Somalia, Bosnia, in the Democratic Republic of Congo, where despite UN discontinuous presence since over fifty years, more than six million Congolese have died, etc. So the operation in the Ivory Coast must redeem UN peacekeeping missions. In addition, in 2011, Ban-Ki Moon has his second mandate as Secretary General at stake. To be re-elected, the UNOCI failure is excluded.

In his book, Choi Young-jin never writes a single time the word "war". French and UN bombings, use of heavy artillery, the shootings between two armies are merely called a "crisis." Similarly, the death toll is systematically underestimated. This is how the author sums the Duékoué massacre, committed by Alassane Ouattara's army the FRCI, where according to the International Committee of the Red Cross, more than 800 people were killed: "The situation was dire in Duékoué. Despite the difficulties, the UNOCI battalion tried to cope. More than 6000 people who were hiding in the bush were taken to shelter in the Catholic center. We published a statement accusing both sides of murdering over 300 people." Not only does Choi Young-jin minimize the number of victims but he does not tell the real story of this tragedy. Less than one kilometer away was a UNOCI base, with a battalion of 200 soldiers who remained within the camp and did not help the population pleading for aid that very day. Similarly, the killing of women in Abobo on March 3, 2011, which is one of the four charges against Gbagbo by the International Criminal Court (ICC), is only mentioned in one sentence ... [2].

The whole book is in the same vein, where the author rewrites the Ivorian history to his advantage and to the United Nations' glory. He delivers a long justification on how he endorsed his role of certifying the electoral process and on why he proclaimed Alassane Ouattara's victory in the presidential election of 28 November 2010, even before the Constitutional Council. For the UN, announcing the winner of an election is a new role. According to the text, the UN mission was solely to certify the good progress of the preparation of the election and of the vote. [3] The announcement of the election's result by Choi Young-jin has been and remains highly criticized even in the corridors of the UN. He also emphasizes story of the mass grave of N'Dotré, located in the Ivorian capital, which caused much attention at the time. Gbagbo's camp was accused of burying between 60 and 80 corpses there. At the end of the war, once it wes possible to access the site, UNOCI realized that this mass grave had never existed. The story of this fake mass grave was one example of propaganda. The war in Ivory Coast was held at the same time and with the same modus operandi as the war in Libya. It was deployed on all fronts: media, diplomacy, economics, judicial, military and humanitarian, and the UN and its representative played a major role in all these areas. If the consequences of this conflict are less dramatic than in Libya, this overall approach has not managed to pacify the country, national reconciliation is at a halt and thousands of refugees still live in camps in Ghana, Togo, Liberia and Burkina Faso. In sharp contrast to the figure of 3,000 victims constantly repeated by the former representative of Ban Ki-Moon in the Ivory Coast, the war has claimed more than 16,000 lives according to the Dialogue, Truth and Reconciliation Commission, a number that still seems largely underestimated.

However, Young-Jin Choi concludes his book with these words: "Despite the will of a demagogic and Orwellian regime to cling to power by all means, be they the most brutal, the will of the people, expressed in a free, fair and transparent election, had finally prevailed. A great lesson to which the UNOCI can be proud to have contributed. "

[I] The entire erratum: "Page 268, read:" "At Sebroko, UNOCI's headquarters, Gianni Deligia settled chests to store the money for the wages" Disregard the mention of "hundreds of millions of dollars in cash" "Page 288" At 5 PM, four MI-24 helicopters of UNOCI ... Please read there were three helicopters and not four. "".   [2] On a second charge against the former President, the demonstration which took place on December 16, 2010 against the Ivorian Radio and Television, organized by the Ouattara camp, is still dated on December 17, 2010. Many more erratum exist in this book...

[3] The mission of Young-Jin Choi was precisely to "certify that all stages of the electoral process provide the necessary guarantees for the holding of open, free, fair and transparent presidential and legislative elections, according to international standards."