Iran at Odds with Washington and Moscow

The year 2016 saw the return of Iran to the international scene. It cooperated closely with Russia on Syria, and relations with the West improved since the ‘Iranian deal'. The turn of 2017 heralds a very different year. In this interview, Julia Sveshnikova, research fellow at the Expert Institute of the National Research University “Higher School of Economics” analyses potential changes of the new American administration over Iran. She examines as well the situation of Tehran in the complex reshuffling in the Middle East. 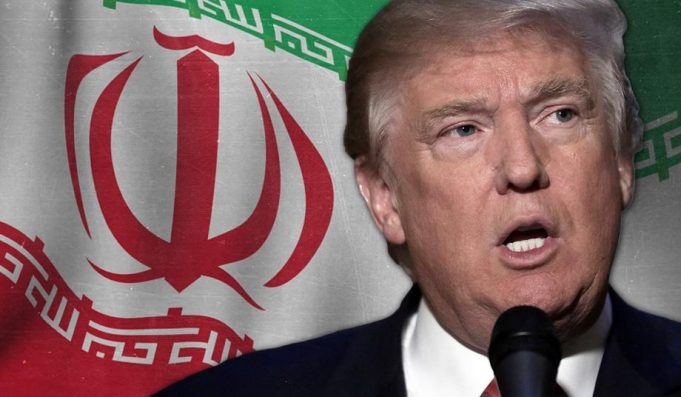 The media has been repeating that the Trump Administration could re-introduce sanctions against Tehran. Where does Iran rank on the priority list of the newly elected American President?

The Obama Administration advertised its agreement on the Iranian nuclear programme as one of its major achievements, which was strongly criticised by Administration opponents. President Trump has made the Iranian issue one of the cornerstones of his electoral campaign, yet the new Administration is unlikely to prioritise revoking international agreements with Iran.

President Trump has also talked about reinforcing American nuclear potential, which means that there will be no rapid nuclear disarmament. Even if the incoming President casts doubts on the Joint Comprehensive Plan of Action (JCPOA) and its effects on general disarmament, he will not easily be able to get out of the deal. Indeed, the agreement is not a bilateral one; it involves 5 other states and was endorsed through a UN Security Council resolution.

The unpredictability of President Trump's politics in general as well as on Iran is a cause for serious concern in Tehran, but his electoral promises are not written in stone. He has reviewed some of his statements and I believe that the new administration does not have a clear vision on many international issues.

The balance of power is shifting in the Middle East with Turkey bringing back to the forefront its imperial ambitions. How should Iran respond to this change?

Iran projects its regional interests differently than Turkey. Ankara is entering into several alliances, even short-term ones like that with Israel, demonstrating its high degree of pragmatism. Iran has traditionally seen Turkey as the gateway for pushing NATO's interests, and eventually American interests, onto them. For Iran, it is a threat. Nonetheless, it acts based on the principle of respect for state sovereignty, even though it supports various interest groups. Since becoming the Islamic Republic, Tehran has gained experience on how to influence the internal politics of its neighbours without direct involvement.

Whilst also acting pragmatically, Iran has maintained its ideological priorities that Iranians perceive Turkey as having given up. Whilst Iran has been trying to be a regional leader generating regional development, it has grown anxious about Turkey's successes at some point. Turkey became a fast-developing Muslim country with growing economy, bridging East and West. This role, according to the Twenty-Year Development Perspective (till the year 1404 on Iranian calendar), should be held by Iran. Now, some forces may have secretly rejoiced as Turkey's image has been harmed from being a sponsor of terrorism, the devaluation of the Turkish lira and the losses incurred by the tourism industry due to insecurity in the country.

Is Israel's influence a decisive factor in the US-Iran relations?

I would not call it a decisive factor, but definitely one of the important factors. Israel is part of the Middle East where the US is present as an external actor. Iran with the US, on the one hand, and Israel with the US on the other hand, links up the peculiar history of relations that started in the second half of the 20th century. This history and the consequent balance of powers between Iran, the US and Israel, has lead many to look at these relations as the three sides of a triangle, although with very unequal sides.

When looking at more recent events on the international scene, namely the signature of the JCPOA and the election of Donald Trump whose international agenda is quite specific, both Tehran and Tel Aviv are observing the unfolding situation with interest and fear. For Israel, there are questions about the direction of American support in the region as it moves away from Iran and at the same time questions about whether Iran's military nuclear programme has actually been stopped or just delayed. For Iran, the issue is how serious was Donald Trump when he announced during his electoral campaign that he would cancel the JCPOA.

Let's talk about Russia. Today its main regional ally is Syria. Do Russian and Iranian interests really match up on all questions related to Syria? Does Russia benefit from a stronger Iran?

Iran is not getting stronger due to its positioning on Syria. The Iranian objective here is to avoid the weakening of its own influence if a friendly regime is removed. Syria is considered in Tehran as a part of the ‘Axis of Resistance'. For Iran, it is key to preserve a balance in the Middle East, a region that it belongs to and in which it strives to lead.

Russia is also pursuing its interests in Syria, although I am uncomfortable simply calling it Moscow's ally in the Middle East. Russian regional actions stem from its supra-regional priorities, such as expanding its geopolitical influence, the war against terrorism and others. Whilst these interests have aligned with support for the current Syrian authorities, it does not mean that these parties have a common position on how to resolve the crisis.

Sanctions against Russia were imposed almost three years ago and Iran could share its experience of economic survival under Western sanctions. Would Russia benefit from such experience sharing?

Iran has tried to work out ways of resisting Western sanctions, but there was no clear strategy in place. As a matter of fact, Russian and Iranian economies vary greatly in size and composition, therefore I doubt that Iran has substantial advice to offer to Russia.

Furthermore, I believe that Russia is sitting in a better place than Iran.

This experience of imposing these sanctions on Iran would rather just make an input into the whole body of knowledge about how certain restrictions work for the rentier states. But with Russia due to many differences in the conditions it is going to be and it is another story.

This paper was realised within the framework of a joint project with the Fund for Public Diplomacy A.M. Gorchakov