Relations between Russia and China have grown stronger since the Ukrainian crisis, a crisis that has created a rift between the West and Russia. The year 2014 became a turning point for Russia that has led to a rebalancing of economic and security priorities with many of her neighbours. This increased closeness with China has led to the signing of the largest energy contracts – worth USD 400 billion – as well as multiple large scale infrastructure projects. Also worth recalling the large joint Sino-Russian naval exercise in the Mediterranean Sea in May 2015, alongside the two countries formal cooperation in other forums such as the Shanghai Cooperation Organisation.
The role of China is no longer regional and her global ambitions are ready apparent, as can be clearly seen in the outcomes of the Asian Investment Bank for Infrastructure's first annual meeting at the end of June 2016. Nonetheless, China has maintained a public distance on Crimea and the Donbass: Beijing has neither officially endorsed nor condemned Russian's actions.
As the Chinese Chinese city of Hangzhou hosts the 11th G20 summit Professor Andrei Ostrovskiy, specialist in Sino-Russian relations and a member of the Russian Science Academy, shares his opinion on the current situation in this exclusive interview. 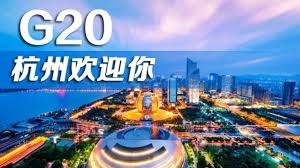 The G20 summit opens in Hangzhou on September 4, what will be the main issues for participants?

Andrei Ostrovskiy : There will be many topics on the agenda, the most important of which will be the shape of global development. The G20 countries make up 85% of the world's GDP so the development of entire world's economy will be tied to the decisions they will take.
A great deal of attention will be on foreign trade developments, which has noticeably decreased over the past years due to the global economic crisis. For instance, China has seen its trade volume reduced by roughly USD 350 billion. In 2014, the Chinese trade balance reached USD 4,301 trillion and in 2015 this reduced to USD 3,957 trillion; and the current trends show a continued decrease. This is why today it is clear that the world needs new strands of economic development.
In addition, a serious new threat is growing. Many countries try to control their currency to increase their export capacity. If all countries observe this policy, it will provoke an even more serious crisis.

Is the summit host also following a policy aimed at maintain a low currency value?

Facts have shown that China has adopted this policy and maintains a low Yuan exchange rate to foster its exports. At the start of the year, the Yuan traded at 1 to 6.22 against the US dollar and yet it is only 1 to 6.6. today. China is also keen to increase its role on the G20 organization and it is becoming equally important for China to reinforce its position within the IMF and World Bank. Over the past years, China – along with India – have had the highest economic growth rate. This is why Beijing is focused on convincing the leadership of these organisations that there needs to be an increased role developing countries and, first of all, China's role.

We know that the Russian leader and the president of the Chinese People's Republic will hold full bilateral talks on the margin of the summit. What topics do you think will the focus of those talks?

We have quite a lot of issues in common with China, be it at political or economical. On the one hand, the relationship between Russia and the EU has seriously deteriorated as it has on the other hand with the US. This situation is reflected across all aspects of our relations, from economic and foreign affairs down to the Olympic games. For China, serious problems have arisen around the question of the South China Sea, a maritime territory including the Spratly and Paracel islands which China has claims over.
I believe that our respective countries should find a common language to solve these issues because a further deterioration could lead to new international tensions in another region of the world.
We face yet another major issue. Russia and China have a very high level of political cooperation, yet a very low level of economic cooperation. The volume of foreign trade between our countries in 2015 was USD 67.7 billion. Russia is 9th or 10th in the ranking of China's commercial partners, yet we  are one of their leading political partners. Such a situation needs to be reviewed.

How do you see this happening?

Firstly through increased investment and foreign trade cooperation will flow from this. Special attention is needed in the field of innovation as we have little cooperation in this space, even less than in the economic trade sector. Average Chinese investment in the Russian economy is less than USD 1 billion per year whilst Russian contribution to the Chinese economy is only USD 20-40 million per year.

Few would disagree with the contention that China is a growing heavy weight on the international scene. Do you see China changing anytime soon its Low Profile position in favour of implementing her ambitions?

Deng Xioaping first proposed the Low Profile police but over the past years China has come a long way and today rates first her economic development. If you take GDP at purchasing power parity, then according to the IMF, China became the world leader in 2014. Exchange rate considerations, however, keep China's ranking to second.
Objectively, China today has the capacity to leverage its economic strength to support its political interests. This is exactly why the Silk Road Economic Belt[1] project is being brought forward. Its implementation will allow China to a large extent to disregard both the Transpacific and Transatlantic partnerships. When the project is complete, conservative estimates are that foreign trade between China and European countries will increase to over USD one trillion, where it currently sits at USD 565 billion.
To realise her ambitions, China created the Asian Investment Bank for Infrastructure to circumvent the IMF and World Bank. Currently, the share capital of the bank is USD 100 billion and the Silk Road Fund has a share capital of USD 40 billion. In other words, China defacto created an alternative mechanisms and most probably China will raise the question at the G20 summit of how these 4 international banking structures will interact into the future.

Will the Transpacific Partnership be discussed at the summit? If so, will there be more active discussions on whether to include China in the free-trade zone and what of the bilateral investment agreement?

Let us remember that today 12 countries are members of the Transpacific Partnership and some of these states are also members of the ACFTA association, the so-called ASEAN-China Free Trade Area. Although a member of ACFTA, China is not part of the Transpacific Partnership.
From a broader perspective, it is not a matter of principle whether Beijing is part of the TTP or not. Nonetheless, there are some divergent opinions on the topic in China. Some believe that the issue can be ignored and that they can maintain business as usual; others hold that negotiations should be started. Negotiations could be open ended and last as long as necessary for China to maximise its trade benefit with TTP member countries. A similar situation occurred with the run up to China's accession to the WTO where it took 17 years of negotiations.

Such a risk certainly always exists. In 2001, we signed the Treaty of Good-Neighbourliness and Friendly Cooperation with China. According to this treaty, we are partners with China but not allies.
Every year, Russia and China carry out military drills and exercises. The question of where these trainings take place does not really matter, for instance a few years ago the exercises took place in the province of Shandong, an area where waters are claimed both by China and Japan.
If the international community pressures China and Russia then more serious cooperation in this sphere will definitely increase. Pressure on Russia is linked primarily to the issues of Ukraine and Syria. China faces similar questions. Let's recall the problem of Taiwan. It is worth underscoring that five years ago nobody really raised the problem of the islands in the South China Sea.

Bejing is supportive of Moscow's initiative to create a Great Eurasian partnership. What do you think about this proposal?

The idea is not new and was put forward ten years ago by Russia. What is needed to achieve this partnership is more economic cooperation than political; when the Russian leadership raised this question, we did not have sufficient economic weight to make this project happen.
A major landmark on moving this idea forward would be if China were to join the Great Eurasian partnership. Here we should not forget about the linkages that the Silk Road Economic Belt and the Eurasian Economic Union would bring. Obviously, if the project is not officially endorsed then it cannot be implemented. Nonetheless, I believe that things are developing in a direction that it will most likely be signed.

On what grounds can it be implemented?

I think the entry point for implementing this project is with Russia joining in the Silk Road Economic Belt. Many specialists in Russia think that the Chinese project is not fully conceived and lacks a solid foundation, however this is not the case at all. The project is well-conceived and foresees three roads: a northern road through Russia, a central road through the South Caucasus and Turkey and a southern road goes through Iran and Turkey.
Russian interest in the implementation of the Silk Road Economic Belt is rather high. One of the main projects would be the bullet train from Moscow to Beijing with the first section Moscow-Kazan. Put another way, the Great Eurasian Partnership is totally realistic. The question remains how much it will cost to implement it.